How Our BBQ Sauce & Marinade Got Started

I began to barbeque after helping my uncle in the early 1980’s. After I dug myself a barbeque pit and lined it with concrete blocks and putting a piece of tin on top, I barbequed often with friends until the barbeque pit began to fall apart. I then used a 150 gallon oblong oil furnace tank, cutting holes in the sides and I put a grate in it to barbeque. This worked out very well and I barbequed many meals for family and friends on this until it also began to fall apart. At that time, I used a recipe that I got from a coworker but it had too much vinegar for my taste. I made changes in that recipe and used it up until I purchased an old charcoal-fired grill from someone who also provided me with a basic barbeque recipe.

We changed the recipe several times until we found the flavor that we liked and have used that recipe since then. I purchased a Backwood’s Water Smoker from a distributor in Nashville in approximately 2012 and continue to use that today for friends and family.

Then Came A Marinade…

We wanted to develop a Bonus Marinade from a basic recipe that we have been using in our family for many years so we began that process with Farm Boy Meats in 2014. We had some difficulty getting the ingredients right on a commercial level, but we are now bottling this marinade and it is available in stores along with our BBQ sauce.   We have added Bonus Spicy BBQ sauce and Bonus Cole Slaw Dressing to our product line.

You can purchase any of these products locally at the Schnucks Markets, Old Fashioned Butcher Shoppe and Rural King on Morgan Avenue in Evansville, Indiana, Dewig Meats in Haubstadt and Posey’s Market in Boonville, Indiana.  We hope you will try and enjoy them!

Thank you for supporting our family! 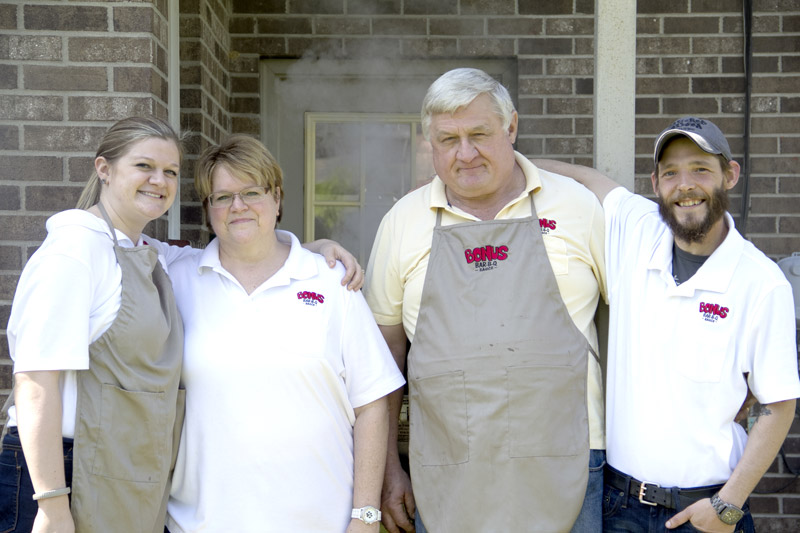